Since all three corporations are separate (and highly competitive), they have their own corporate philosophies and development timelines. Despite all of that, Blogger tries to make their product supportable, across all corporate lines.

Unfortunately, the Blogger service is not always consistently usable, with all browsers - or mobile computer / smart phone apps.

One problem, that not all Blogger blog owners may realise, is that Apple does not submit their product changes to Google, for testing.

With a lack of advance testing, Blogger Engineering cannot react fast enough, to changes in iOS. The Blogger iOS app has long been a source of complaints, in Blogger Help Forum: Get Help with an Issue.

Blogger is rolling out SSL - and this delays other needed changes.

Right now, Blogger is making a major overhaul to their infrastructure, to support the SSL rollout. Simultaneously updating the Blogger app, to support iOS, would not likely be a productive activity.

With the SSL Rollout in process, Blogger suspended iOS app support some time ago. The Blogger app was removed from the Apple Store, several months ago - and this has been a source of various complaints, since.

Apple Phone owners may need to be patient. Blogger Engineering may have to finish the SSL Rollout - hopefully, with support for custom domain publishing - and then rewrite the Blogger app for iOS.

In the mean time, iOS computer owners are suggested to use the Blogger dashboard, in a desktop browser, for maintaining and publishing their blogs. In order of recommendation - they should use Chrome, Firefox, or Safari.


The #Blogger smart phone app for iOS was removed from the Apple Store, some months ago. This was not a popular change - but it was a responsible business decision. 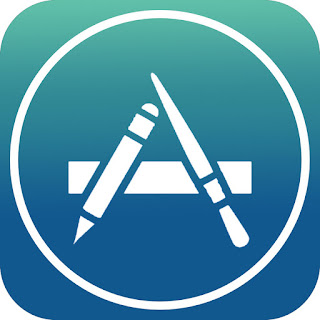