By Nitecruzr January 31, 2009
Today marked yet another milestone in the ability of Google to make a mistake, admit to the mistake, and fix the mistake on the same day (and on a weekend morning even). 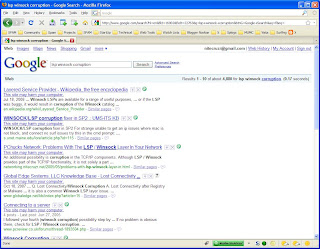 Seen all over the web. 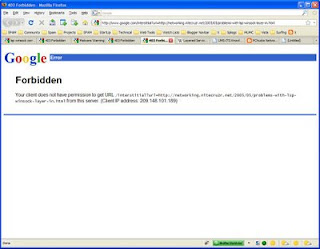 Affecting my blog, "networking.nitecruzr.net" (among millions of others). 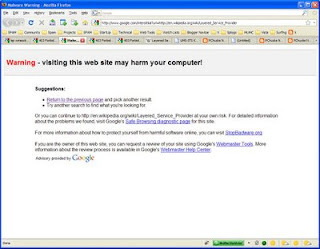 
Supposedly, identified and fixed less than an hour after discovered. Apparently, this resolution is in the magnitude of the bx-sp4hmm error of 28 February 2007.

By Nitecruzr September 18, 2007
We see the plea for help, periodicallyI need the URL of my blog, so I can give it to my friends. Help!Who's buried in Grant's Tomb, after all?No Chuck, be polite.OK, OK. The title of this blog is "The Real Blogger Status", and the title of this post is "What's The URL Of My Blog?".

By Nitecruzr June 10, 2005
Like any blogger, I appreciate polite comments, when they are relevant to the blog, and posted to the relevant article in the right blog. If you want to ask me a question thats relevant to blogging, but you can't find the right post to start with (I haven't written about everything blogger related, yet, nor the way things are going I don't expect to either), ask your questions here, or leave an entry in my guestbook.

If the form below does not work for you, check your third party cookies setting!

By Nitecruzr February 23, 2015
With Google Domains registered custom domains becoming more normal, we are seeing one odd attention to detail, expressed as confusion in Blogger Help Forum: Learn More About Blogger.My website uses "ghs.google.com" - am I supposed to use "ghs.googlehosted.com", instead?It's good to be attentive to detail, particularly with custom domain publishing. This is one detail that may not require immediate attention, however.