The Safari Browser And The FTP Blog Redirect Intersticial

By Nitecruzr August 29, 2008
I've been writing about browser display differences for a while - known differences between Firefox and Internet Explorer are legendary. Most differences, though, are in how the blog gets rendered - simply different display appearance. Cosmetic issues, not all so minor but still cosmetic.

Then we have the case of "run4istrun.blogspot.com", which is intended to be published to "run4istrun.com". The problem was originally reported as "blogspot URL not redirecting as Blogger says it should (for an FTP Published blog)", as indeed it wasn't redirecting, when viewed in Safari. In the latter case, it was just another "404 Not Found".

One intermittent problem with FTP Publishing is that blogs published using FTP are having an annoying redirect notice (called by Blogger Support, the "interstitial"), implying some degree of possible insecurity, inserted in front of the home page when the BlogSpot URL is loaded. I reported this, first, several months ago. The Safari browser, in this case, simply causes more confusion. 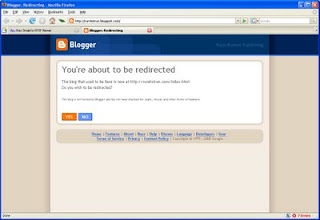 This is what you expect (though not prefer) to see, in Firefox.

You're about to be redirected. 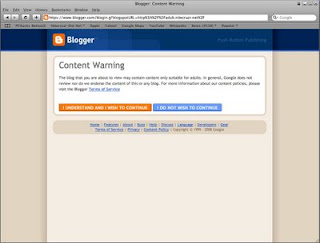 This is what you see, in Safari, run in Windows.

You're about to be redirected. 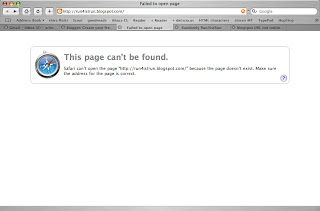 This is what you see, in Safari, run in Apple.

This page can't be found.