Recently, Google+ changed their +1 counter. Now, we wait for Blogger Engineering to update their +1 per post display counters, which use the +1 counts from Google+.

Social sharing contributes to your blog reputation, in a number of ways. Some social sharing relationships, compared with blog activity counters, may lead to confusion. 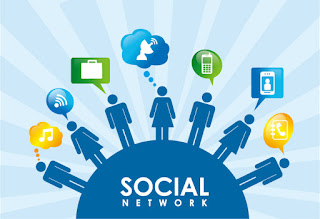 There will be differences, between the two, however. The differences will contribute to perceived blog visitor activity count inaccuracy.


You will have Followers - in asymmetrical and symmetrical relationships.

Social sharing helps to connect people, through their interests.

Some people will share few interests with you, and have many interests that you don't have. You won't Follow those people.

You will have Followers - in direct, and indirect relationships.

If you use FaceBook or Google+ enough, you will see random posts in your stream - and decide to Follow some authors. Similarly, some of the people who see your posts, in their streams, will decide to Follow you.

Not all Followers will read your blog posts.

Your ability to observe, and to react, will depend upon your relationship with each Follower - direct vs indirect, and asymmetrical vs symmetrical.

Even though your direct Followers may not all read your blog posts, their Followers (your indirect followers) may do so. These followers will contribute to your reputation, indirectly, with a +1 / like / re share of your stream post.

Some blog owners, not aware of, or interested by, these details, may believe the +1 counters to be 100% accurate - and this contributes to perceived Stats pageview counts inaccuracy - with Stats counts seen as "lower than reality".

Some who do read your blog posts will be invisible, to you.

Nobody who uses Google+ will Follow - or be Followed by - everybody. 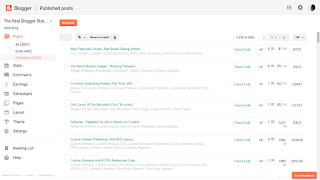 In the 8 hours since I published this post, I've seen one Google+ notification about a "+1", from a Follower. Yet Blogger shows a "+4".

These people will contribute to your reputation, even though they may be invisible to you. This is one of the reasons why the +1 counters are thought to be inaccurate.

Some of these invisible people, encouraged by your Followers, will read your blog posts - and contribute to your Stats activity counts. Some may decide to Follow you directly - and / or to subscribe to your blog, even though you don't see them, in your stream.

This, too, contributes to perceived Stats pageview counts inaccuracy - with Stats counts seen as "higher than reality".

The bottom line is reputation, for you and for your blog.

Higher or lower than "reality", it's all good - even when you don't always see the details, in FaceBook or Google+.