We've known about problems with photos installed using drag and drop, and post editor, for a few years. Drag and Drop photos, in some cases, are stored as "Base64" content - with the photo content hosted in the post, instead of Google Photos (or Picasa).

Photos added to posts in post editor, using "drag and drop", have been a problem for many years.

Posts containing "Base64" encoded photos are abnormally large - and will cause problems with the index pages, and auto pagination. That is a nuisance - but just that.

OG code uses HTML / XML tags, in template code - with a URL identifying a shared photo. A post that contains Base64 hosted photos won't have URLs identifying the photos - it will have the actual photo content.


When shared to FaceBook, the photo must be converted to normal Google Photo hosted content, so it can be shared using a URL - as normal photos are shared, using OG code. If shared using Base64 content (if OG were to support Base64), the post, again, becomes abnormally large.

Base64 hosted photos simply present one more complication, when sharing posts to FaceBook, Twitter, and other social services.


Some blog owners publish posts that contain photos added using drag and drop. Some drag and drop installs result in Base64 hosted photos - which must be converted to Google Photos hosted content, when shared to FaceBook or Twitter. 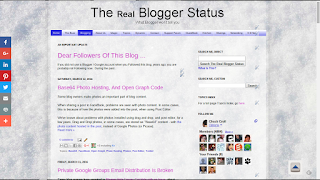